VRï are Patrick Rimes, Jordan Price Williams, and Aneirin Jones. Patrick was the twice-champion of the Junior Welsh Celtic Fiddle Competition in 2005 and 2006, and big things were just over the horizon. You will almost certainly have seen him with the internationally-renowned Calan, as well as performing with NoGood Boyo along with Aneirin and Jordan. Our organiser first saw Jordan playing with Elfen, and his striking playing style came across on the double bass. Vrï gives him a showcase for his trad cello playing and his incredible voice. The ensemble are completed by Aneirin Jones, again on fiddle, as well as complementary vocals along with Patrick. Aneirin was part of the Fiddle Festival's first 'relaunch' video, taken by Richie Saunders at the Gower Heritage Centre. He has thrown himself fully into the local folk scene from a very early age, and currently studies traditional fiddle at the Royal Conservatoire of Scotland.

Isembard's Wheel are an inventive, intricate folk band with attitude, currently based in and around Cardiff. The band are fronted by Alexander Isembard, who pens historically-themed songs about his homeland just across the border, but as their 2013 album title 'Common Ground' suggests, these themes unite us all. The full band includes musicians from Wales and Ireland, although there will be a smaller, more intimate band for our event, joined by our very own Jamie Nemeth on fiddle. Jamie met the band only in the virtual world at first, as they were a part of the many campaigners who fought to save Cardiff's unique and iconic music venue Gwdihŵ from closure, a venue that Jamie was also very passionate about.

Coppercaillie are a lively folk collective from South Wales. Our organiser saw them at the Swansea Fringe festival, and thought they would be perfect for the Fiddle Festival of Wales. The fiddle may be outnumbered by non-fiddles in this band, but the festival is about celebrating the many ways in which fiddles can blend with other instruments and voices, just as Coppercaillie blend genres together in their set, along with more than a pinch of humour. 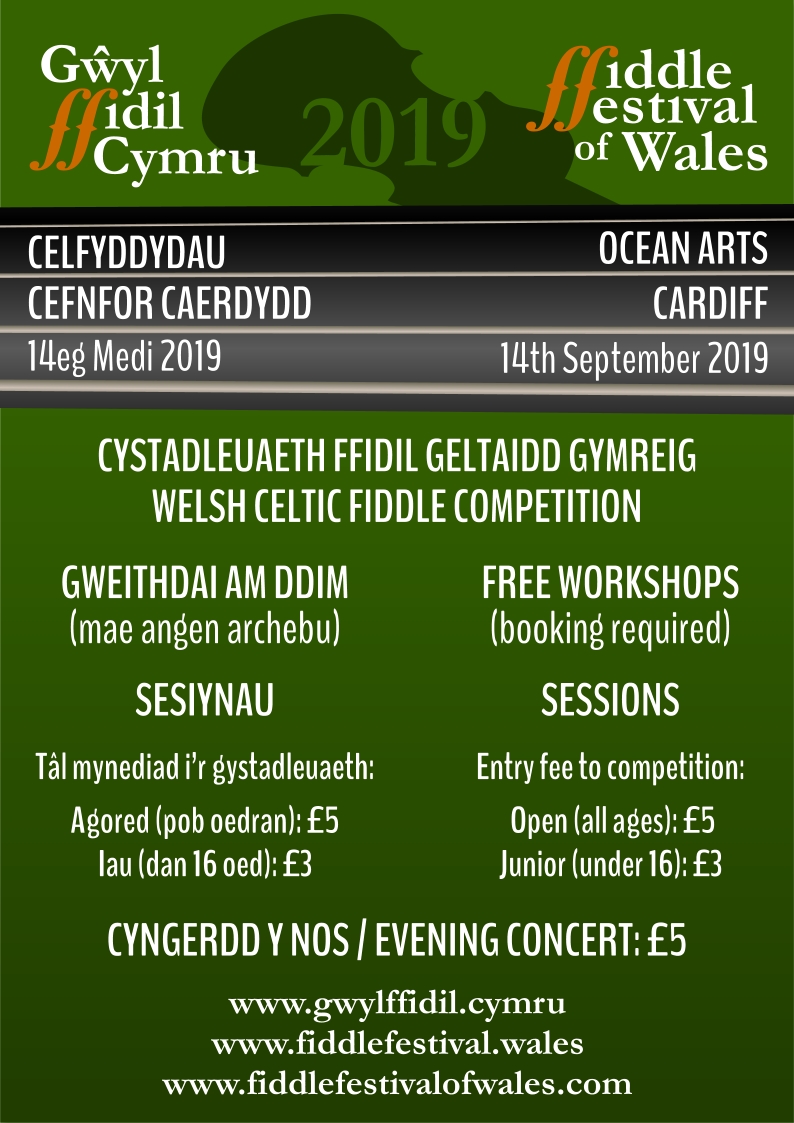